The Proby family originally came from Chester. Sir Peter Proby was the first family member to acquire land at Elton when he bought a lease of the Manor of Elton for the sum of £850 in 1595. He acquired further leases from Queen Elizabeth in 1602, was Lord Mayor of London in 1622 and knighted in 1623, the year before he died.   His grandson, Sir Thomas Proby, married a local heiress, Frances Cotton, and was created a baronet in 1662. They acquired the site of the Hall and built a fine Restoration house between 1665-1668, which incorporated the medieval chapel and gatehouse of the original Manor House.

In the 18th century John Proby married an Irish heiress, Elizabeth Allen and was created Lord Carysfort. His son became the Earl of Carysfort. The latter was an inveterate builder and Gothicised the house, giving it dramatic appeal. Some of his work can still be seen on the South side. Sympathetic additions and alterations to the house took place between 1855 and 1860, masterminded by Henry Ashton, a pupil of Wyatville, who also worked for the Dutch Royal Family.

Successive generations of the family served either as MP’s or in the Navy. The 1st Earl of Carysfort was an Envoy to the Court of Berlin and served as a Minister under Lord Grenville in 1806. His son, the 3rd Earl, began his career as a Midshipman under Nelson at the Battle of the Nile and later became an Admiral. The collection is an amalgam of two houses, as the contents of Glenart Castle, the Irish seat of the Carysforts, were brought over in the early 1920s.

The house contains superb treasures, including fine French furniture, one of the best libraries in private hands and a magnificent collection of paintings. Art enthusiasts can gaze upon works by Renaissance artists dating from the early 15th century, to marvellous 19th century works by J.F. Lewis, Landseer and Millais. The collection also has works by renowned British artists, Gainsborough, Constable and Reynolds.

…is part of the undercroft of the original medieval chapel built by the Sapcote family. The vaulted ceiling remains as it was originally built and the room was consecrated as a Chapel after the War.   We still use it for services and family christenings. The visitor leaves the Chapel through the Lower Octagon Room. The foundations of this room could date from the seventeenth century but later work in the 1720’s predominates. The 18th century view over the fireplace is of Dublin harbour and represents some of the land inherited by the 1st Lord Carysfort when he married the Irish heiress, Elizabeth Allen.

The Marble Hall and main staircase

…were designed by the 3rd Earl’s architect, Henry Ashton. They are a remarkable example of mid-Victorian eighteenth-century revival architecture. The Hall contains many portraits of the family from Sir Thomas Proby to the 5th Earl of Carysfort. From the bottom of the stairs it is possible to look into the Yellow Drawing Room with paintings of the Irish house in the eighteenth century and highly unusual Japanese lacquer cabinets made for William Beckford. The Panelled Hall at the far end is lined with 17th century Flemish panelling, originally from the Town Hall in Antwerp.

…are the centrepiece of the house. The Drawing Room was created out of the medieval chapel. If you climb on the roof you can see the outline of the East window. In the early 18th century the room was a library and two small watercolours show the visitor what it would have looked like. In 1860, the bookcases were taken out and put in the library next door; the fireplace was moved to the Dining Room and intricate and grand pilasters were added, creating spaces to hang silk. Elaborate curtains in the same material were made. The room is still furnished in a similar style and the Reynolds’ portraits remain where they were first hung.  The 1st Earl of Carysfort was one of the pallbearers at Sir Joshua’s funeral and considered himself a friend.

…is another of Ashton’s successful creations. Today it houses many of the best pictures in the house. When we arrived in 1980 this room was painted blue and had six pictures. We have painted it red, restored the curtains and hung 46 pictures. It is a magnificent display and contains pictures from the time of Sir Thomas Proby to Old Masters collected by the 5th Earl of Carysfort in the late 19th century.

Elton has three libraries of which two are open to visitors. It is a continuous collection from the 17th to 20th century and contains an outstanding collection of English bibles and Prayer Books, including the Prayer Book of Henry VIII given to him by his sixth wife, Katherine Parr. 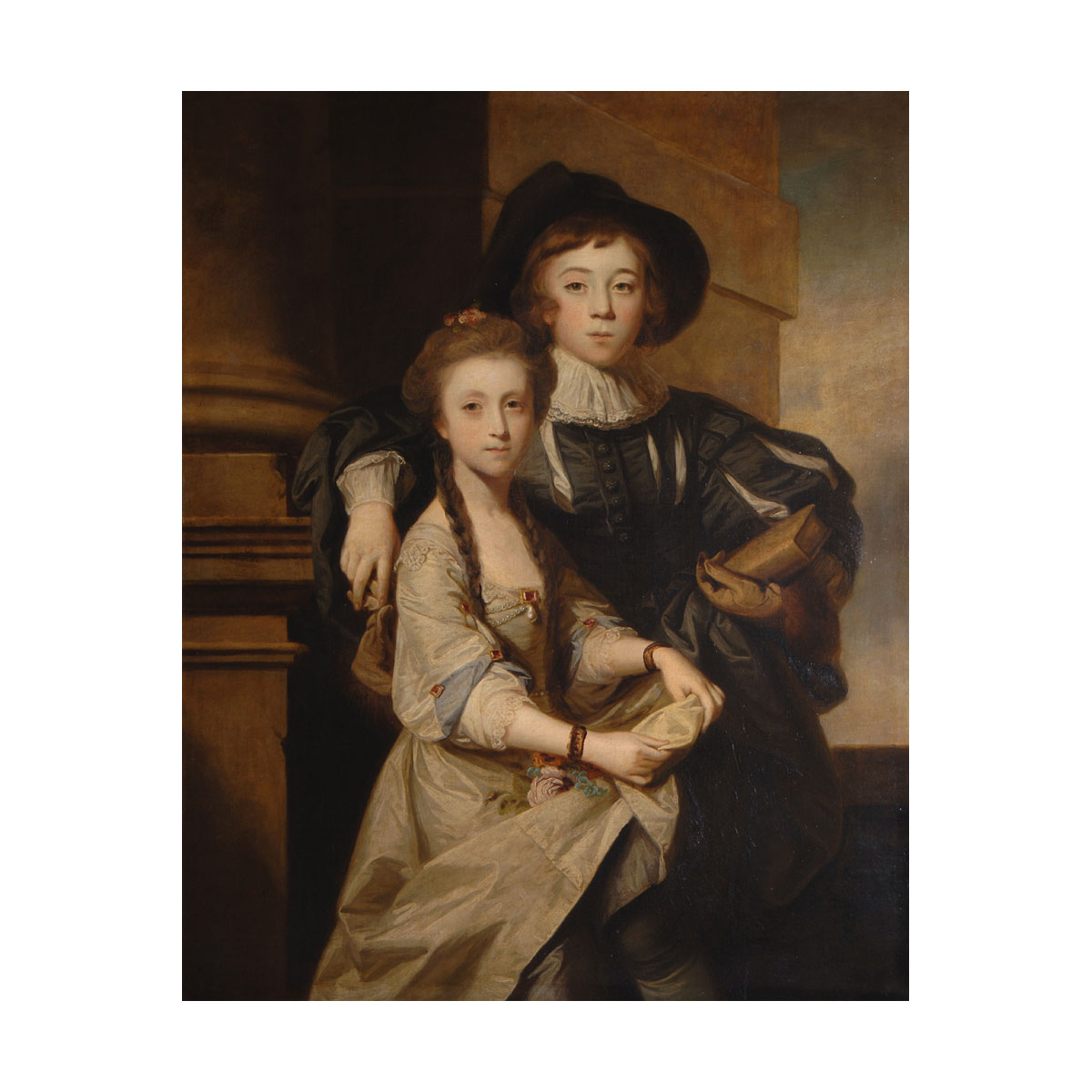 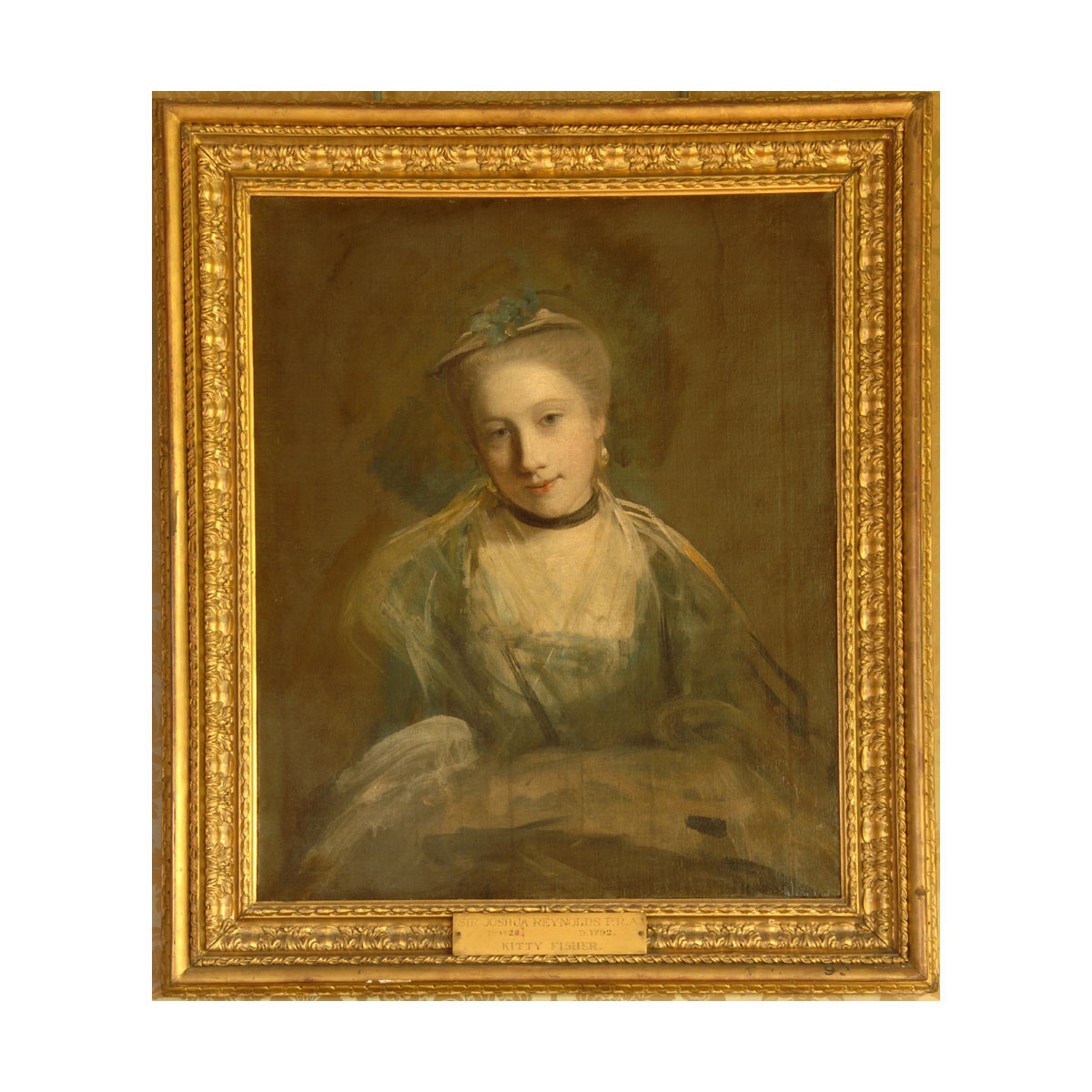 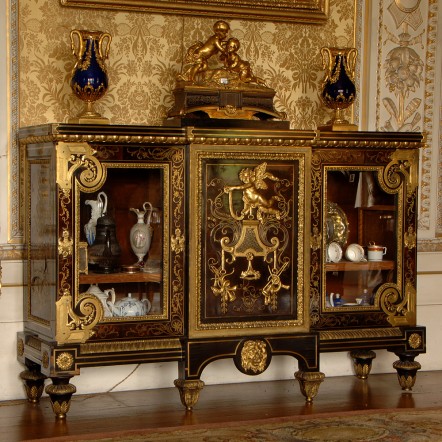 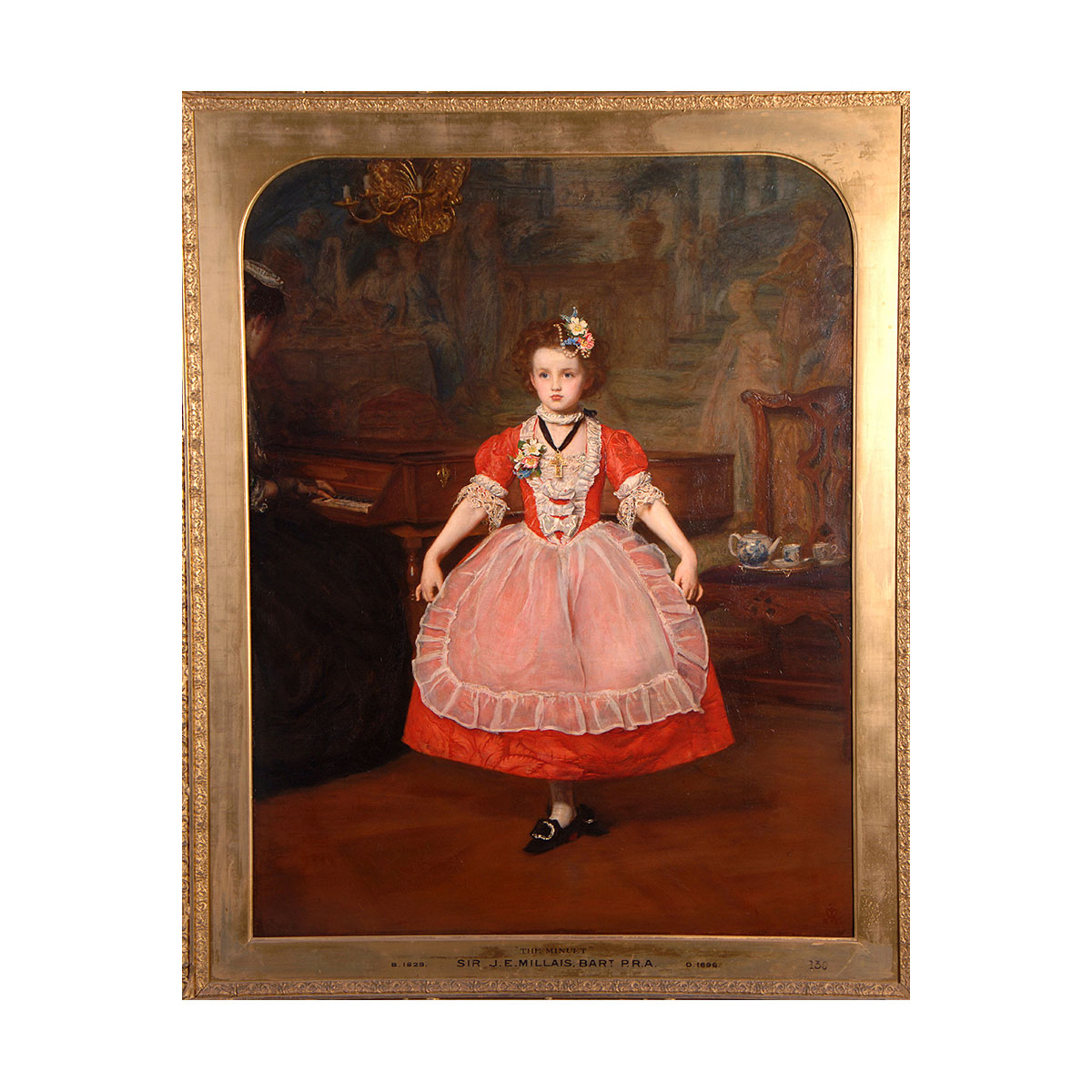 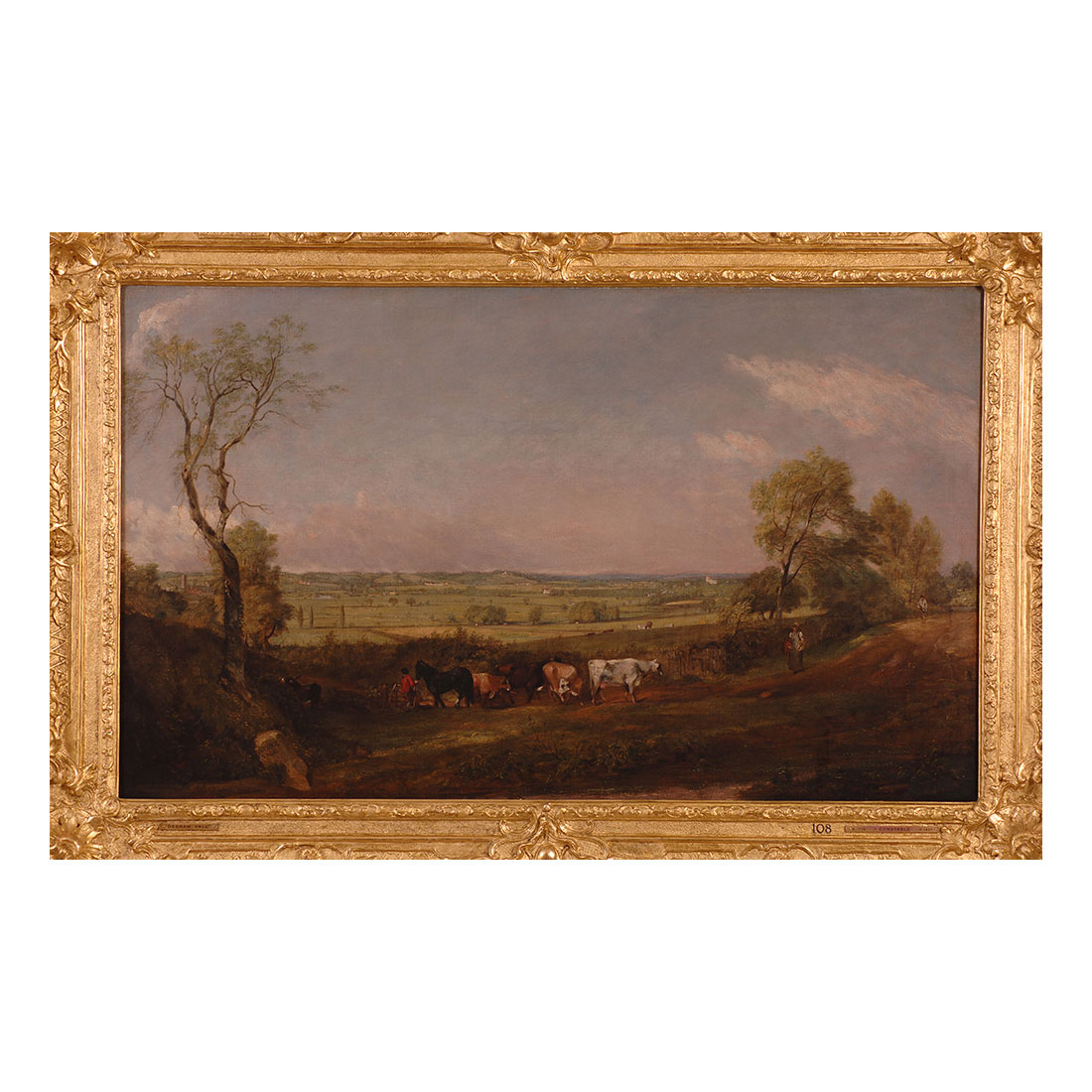 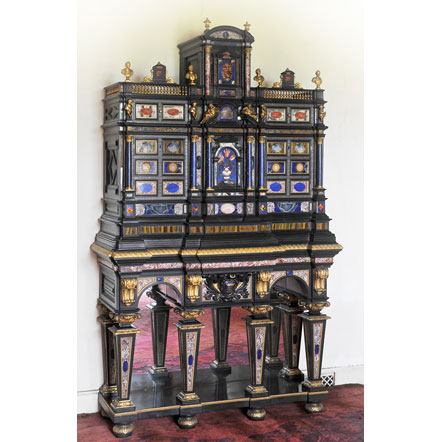 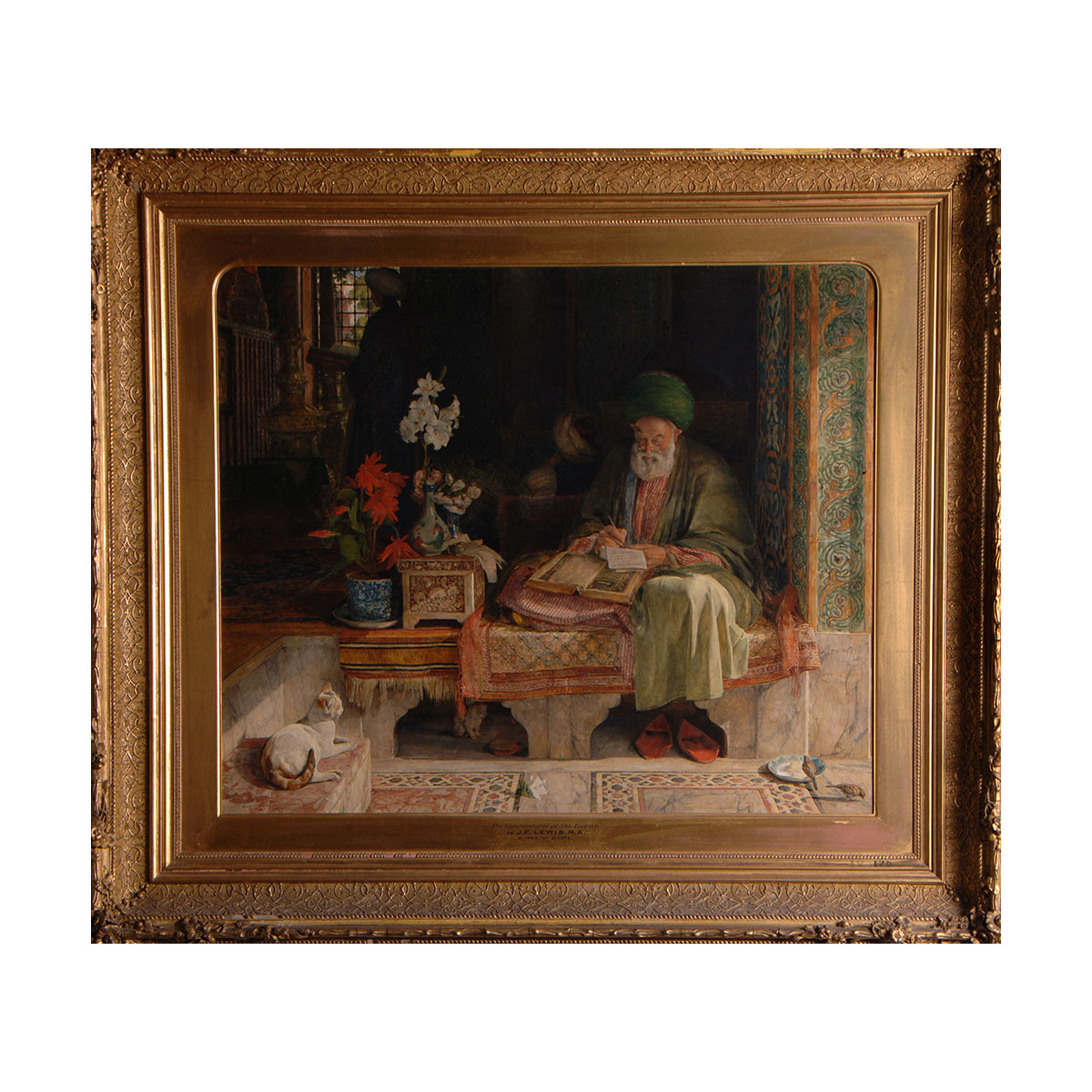